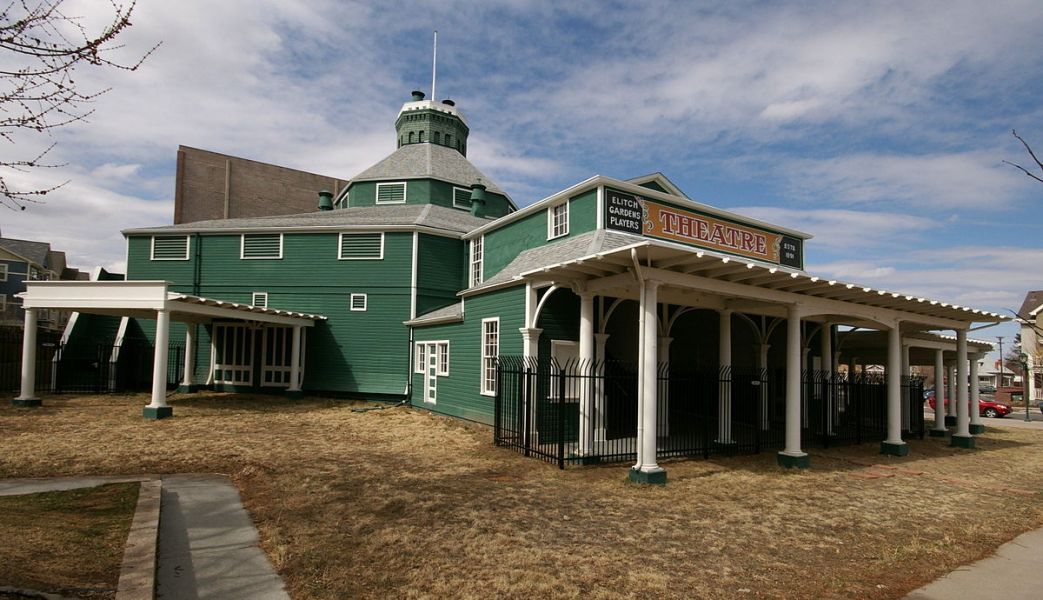 The Historic Elitch Gardens Theatre  was built in 1890, the theatre has been described as “one of the cradles of American drama.” The stage has hosted such stars as Grace Kelly, Douglas Fairbanks, Sr., Cybil Shepard, Vincent Price, and many more.
The theatre was listed on the National Register of Historic Places in 1978, and locally landmarked by the City of Denver in 1995. In 1990, a 100-year anniversary production was held, the last performance given on stage. The City of Denver’s Office of Economic Development awarded the Elitch Theatre a grant for  $425,000 to restore the interior. A generous gift to celebrate 120 years! Those funds were used to initiate the first phase of interior renovation.

Additional funds were raised by generous donors for phase two, which was a code compliance that completed in 2014 and allowed us to obtain one time event permits.  With those event permits we were able to open the theatre to the public for the first time in fourteen years.  2016 will be our 125th anniversary and we are fundraising for phase three, lobby renovations and restrooms.

The Carousel Pavilion is the stunningly renovated “house” of the 1925 carousel. Its dramatic structure has been restored with a beautiful labyrinth floor.  It is the site of a range of events such as weddings, chamber music, festivals, and jazz concerts and just quiet relaxation. The 5,200-square-foot venue is the first successfully completed component of the Foundation’s Comprehensive Campaign to restore the historic elements of the former Elitch Gardens Amusement Park.

The Theatre Plaza is a 15,000 square foot outdoor performing and assembly place, which elegantly slopes to the main entrance of the theatre. Attractively and environmentally landscaped, framed by trees and dotted with victorian lamp posts, The Plaza is used for corporate and community functions, afternoon music performances, film screenings, weddings, and other community-centered events.